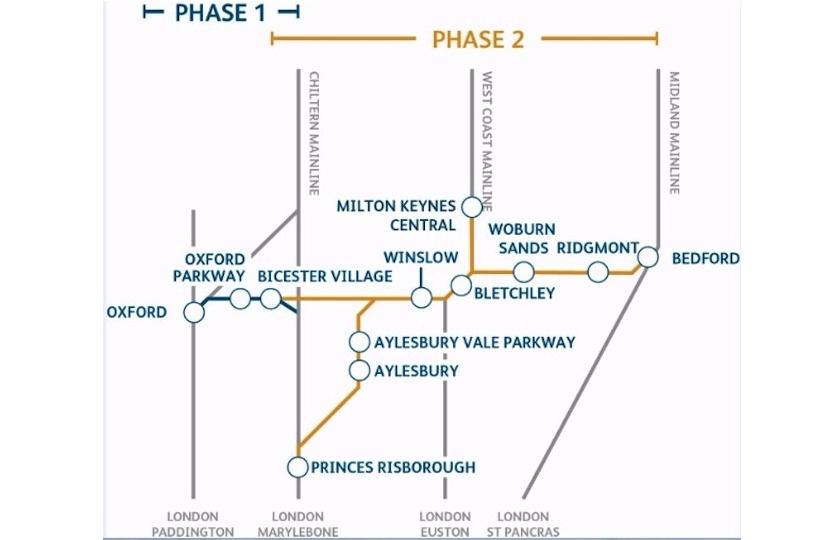 People are being encouraged to take part in a consultation on plans for a rail link which will connect Winslow with Milton Keynes, Oxford, Aylesbury and London.

East West Rail will eventually connect Oxford in the west with Cambridge in the east, a ‘corridor’ running across the south of England which experts believe could become the UK’s answer to Silicon Valley. It will improve rail journeys for potentially millions of passengers by opening up new routes for regional and cross-country travel and reduce the need to go into London for onward connections.

It is being supported by the East West Rail Consortium, an alliance of councils including Buckinghamshire County Council.

Network Rail is a holding a consultation on the section between Bicester Village and Bedford, including a spur between Aylesbury and Milton Keynes (known as the Western Section Phase Two) which begins on June 30 and runs until August 11.

It includes a public exhibition in Winslow on July 12, 12-8pm, at Public Hall, Elmsfields Gate. Consultation documents are also available at Winslow and Buckingham libraries, and online.

Winslow will sit on both the Aylesbury to Milton Keynes line and the Oxford to Bedford line.

Councillor Mark Shaw, chairman of the Joint Delivery Board for the Western Section and cabinet member for transport at Buckinghamshire County Council said: “East West Rail is a game-changer for public transport in Buckinghamshire. People will be able to catch trains from Aylesbury and Berryfields to Milton Keynes, while Winslow’s new station will sit on both the Milton Keynes – Aylesbury – Risborough - London line and also the Oxford – Bicester  -Bedford line.

“However, I recognise that people who live near to the route may have questions about how East West Rail’s construction and new services could affect them. That’s why I’m encouraging as many people as possible to go along to the public exhibitions and speak directly to the engineers, planners, environmental experts and property specialists involved in the scheme. Residents can also submit their views to Network Rail’s consultation, so please, make your voice heard.”