Greg lives in Buckinghamshire with his wife, Annalise and 3 year old son, Jacob.

Professionally, Greg works in print, design and marketing, serving clients across the manufacturing, medical technology and charity sectors.
Greg, who campaigned for a Leave vote in the 2016 EU referendum, has a record of getting things done.

Locally Greg wants to do everything possible to protect our incredible countryside.  He is an opponent of the environmentally destructive and costly projects of HS2 and the Expressway and wants to work with local people to campaign against these schemes going ahead.  Whilst there is also a clear need for more houses in the UK, he argues there are many brownfield sites in towns and cities around the country, far more suitable for housebuilding than destroying the countryside.

As a father, he wants to ensure there is world class education for every child in the area and will campaign for further increases to per pupil funding, on top of the Government’s recent increases for the 2020/21 academic year.

Greg enjoys the British countryside, supporting the rural way of life and our farmers.  He does what he can to help on his wife's family farm.  As a life long McLaren supporter Greg also enjoys watching Formula 1 - and is delighted to have been selected in the Buckingham constituency which is home to roughly half of the track at Silverstone.

The Conservartive Parliamentary Candidate for Buckingham, Greg Smith, has joined calls from The Royal British Legion for the Government to abolish visa fees for Commonwealth servicemen and women.

More children being educated in schools across the Buckingham constituency will be able to access a world-class education thanks to a major funding boost.

BUCKINGHAM CONSERVATIVES SELECTS CANDIDATE FOR THE NEXT GENERAL ELECTION. 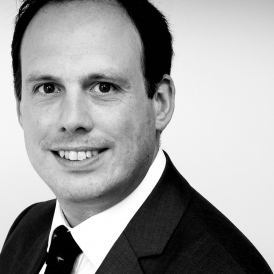