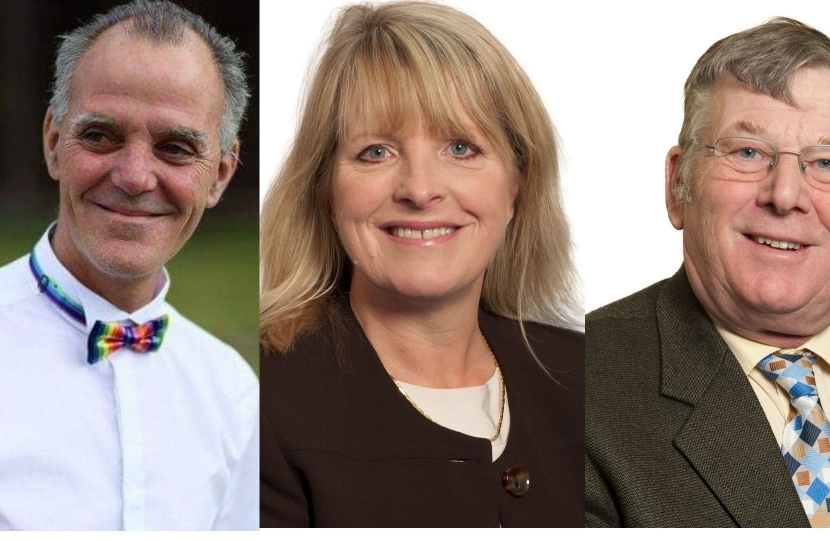 Angela and her family have lived in north Buckinghamshire for twenty five years and she loves working for the communities she represents. Angela was first elected in 2013 to represent the Grendon Underwood ward. She has served as Leader of AVDC until the present day and has held Cabinet positions at the County Council. Angela cares hugely about our local countryside and community life and will work hard to protect our environment and villages.

Jenny is a mother of two.  She’s currently studying an MA at Buckingham University. Having worked in the media and politics, Jenny brings a strong set of campaigning skills to fight your corner, especially with the Expressway and HS2. She’s passionate about protecting our environment and supporting local communities.

I have enjoyed living in Aylesbury Vale all my life. Although I have former connections with farming and have enjoyed being the Landlord of the pub in Ashendon, my career has mainly been in the construction industry. My wife Susan and I have two sons both of whom enjoyed the benefits of being brought up and educated locally. My interest in local politics began and has developed over many years, but particularly through my involvement with Ashendon Parish Council, and the last thirteen years as the local District Councillor for the Brill and Oakley Wards have all broadened my outlook